Electric cars to take over by 2040

It was announced recently by the UK government, that all car manufacturers will have to end all sales of gas and fuel powered cars by 2040, with a complete national ban on internal combustion engined cars by 2050.

This comes as a big move from Michael Gove, the British environment secretary, to reduce our country’s greenhouse gas emissions and the pollution that is linked to 40,000 premature deaths in the UK.

In May, the World Health Organization announced that more than 80% of the world’s urban population is being exposed to extreme levels of air pollution, with indoor pollution contributing to 99,000 deaths in Europe. 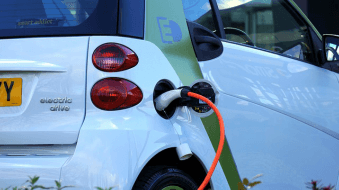 Charge stations will be spread across the country.

We are not the only country to take the big step into fully electric cars. France were one of the first and are hoping to match to the similar dates of the UK. Netherlands and Norway are looking for 2025 and India by 2030, along with Germany.

If you ask yourself “How many people do I know with an electric car?” 1, 2?

The number will be considerably lower than you think. If you lived in Norway, you might find that you have a few more friends or family that own electric or hybrid cars: the Nordic country has 24% of its population using low emission or zero emission cars on the road.

Currently the UK has 31 million cars on the road and only 3% of which is made up of electric cars.

As such, it seems quite a far fetched idea to have no fuel powered cars being sold by 2040, with that many on the road today, in comparison to how many people are driving electric cars currently.

Global electric vehicle sales are just over 1 million and are predicted to jump to 30 million by 2030.

European sales are not huge by any means and that goes for the rest of the world too. Other countries are trying to go green just as quick as in Europe: In 2015, India sold 22,000 electric vehicles and only 2,000 of them had 4 wheels.

An estimated 200 million cars are on the road in India, with that number expected to rise to almost 350 million by 2030.

If you have ever been to Mumbai or New Delhi you would think there is already 350 million on the road. Total passenger vehicles sales are at 3 million in 2016, this is not including other sales such as, lorries, small trucks, motorbikes and agricultural vehicles.

How motor racing is changing

We have also seen the motor sporting world change in 2014, where the pinnacle of motor sport, Formula 1, changed to hybrid engines, with the source of their power coming from an electric power unit.

The governing body of motorsport, the FIA, also pushed the boundaries in the same year with the introduction of a new racing series called Formula e, where all cars are 100% electric and drive at high speeds (140 mph) around city street circuits.

Whether you drive a F1 car around a circuit or a toyota down to the local supermarket, the car as we know it is changing

Mercedes AMG have currently dominated the last 3 years of F1, along with another racing category called DTM. Mercedes AMG have been racing in DTM since 1998 and have 184 victories, 93 more than Audi who sit in second.

It does come as a surprise then, that they are leaving the DTM series to race in the electric-only racing category, Formula e. 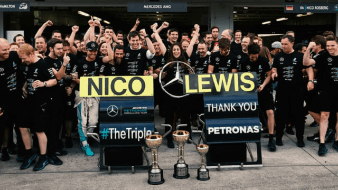 Mercedes have won the last 3 F1 championships, but will they be successful in Formula e? Source: Sidepodcast.com

The shift is very much changing in the automobile industry, whether you drive a F1 car around a circuit or a Toyota down to the local supermarket, the car as we know it is changing.

How is this going to affect the UK?

800,000 people work in the UK car industry and the top 20 car manufacturers have 2 trillion in global sales combined.

So, how much will this cost the UK if all their sales are from gas powered automobiles? It is important to make sure that the plants previously used to make the cars we drive today welcome the new electrical infrastructure that needs to be supported in order to produce these cars.

Jaguar Land Rover, the biggest car manufacturer in the UK, produce 2.5 million internal combustion engines every year, with BMW included in that.

JCB also develop leading diesel engines at their factory in Derby for all their machines.

So, how will these companies cope without this level of mass production? BMW have put into production a fully electric Mini for 2019, with their power units to be made in Bavaria and then integrated into the car at their plant in Oxford. 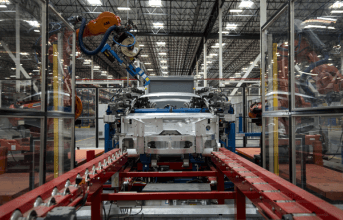 What will happen to the UK plants and their staff?

The government is investing £246 million into a battery institute to maintain the mass production of electric cars within the UK, but surely that is just a drop in the ocean in comparison to the £3 trillion that manufactures are making in sales already.

How will our power grids deal with millions of people charging their cars when they have come home from work?

Experts at Cambridge econometrics say that demand will only increase by 10% But, with only around 3,000 electric cars on the road at the moment, that is easy to say.

What will happen when we get 20 million on the road? Will we all be able to charge our cars at night? Or will the location of our houses have certain time slots to help with the overload of users? These are questions the public will want the answers to in the next 20 years.

And, if you are wanting a slightly bigger car for the kids, you will find yourself spending something closer to £30,000, even with the £4,500 deduction from the government.

With one charge, a new Renault Zoe can get you to around 250 miles, but a lot of the electric cars are around 100 miles, meaning with only 6,530 charge stations in the UK, you may find yourself constantly on edge to not run out of battery without a charge point in sight.

Scrap schemes will have to be introduced to get fuel powered cars off the road and to give people a chance to afford a new electric car. 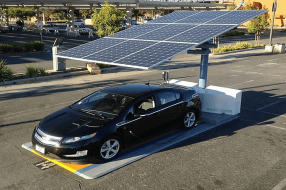 Will we start to see solar trees on every corner and in car parks?

Cars could become energy hubs: storing and sharing energy generated from a charge station or from solar energy.

For all this to happen, electric cars need to be better; we need to be able to drive 1,000 miles without the stress of a charge station being nearby or not.

They need to be cheaper, so everyone can afford to be green. The national grid will need to be adapted to deal with the demand for more electricity and ensure that it is safe to charge your car at home or at work.

You can bet long car journeys will be a lot different from 2040 onwards, so if your dream is to travel route 66 in a V8 mustang one day, then that day is getting shorter.